Free UK delivery on all orders over £30 The good, the bad and the sexy

Sex and menopause. There are two words that didn’t often sit in the same company until the likes of Davina McCall and Mariella Frostrup bravely kickstarted the long overdue discussion around what sex, sexual identity and sexual wellness looks like for the 51% of the population during menopause.

For many menopausal women sex and sexual wellness is different to what it was in their 20s and 30s. There are emotional changes alongside the physical effects of low estrogen and testosterone but this doesn’t (and shouldn’t) mean the end of a women’s sexual journey. Quite the opposite! It can be the start of a new way of exploring female sexuality and a more confident quest to discover just what makes you feel good.

The transformative physical and emotional journey that most women experience when going through the menopause can be undeniably difficult, but it can also be hugely positive. ‘It’s a time of liberation,’ says Davina McCall ‘It’s a time of shedding the shackles of inhibition and of giving a damn.’ It’s also time to put aside the fear, shame and dread that women once felt around talking about sex and the menopause. So let’s chat about the good, the bad and the sexy…

Understanding what happens in your body during the menopause is important. So let’s look at what physically occurs during the three stages of menopause. Perimenopause is the time leading up to menopause when hormones start to decline, and menstrual cycles become erratic and irregular. Menopause is when you stop producing the hormones (estrogen/progesterone) that cause the menstrual cycle and when a woman has gone without having a period for 12 months she then enters the post-menopause phase. And she will stay there for the rest of her life.

Each phase of the menopause can (but not always) bring with it an array of different symptoms. It’s crucial to emphasis at this point that the menopause is an individual experience and there is no blanket, one-size-fits-all ‘diagnosis’. This is not a disease, but rather a natural phase of life and each woman has her own experience of it. However, there classic symptoms and the common physical side-effects of low estrogen and testosterone include hot flushes, low libido, vaginal dryness and dyspareunia (pain during sex). Psychologically the menopause can cause low mood, lack of self-esteem, palpitations and irritability while cognitively, symptoms can include poor sleep, low energy and forgetfulness. What was I was saying?

Time for a change?

There are some interesting studies revealing that in cultures where older people are highly valued, a woman’s experience of the menopause tends to be an easier ride. In China, the menopause is celebrated as the ‘second spring’. In Japan, it is called ‘konenki’, which translates as ko (renewal), nen (year) and ki (energy). Conversely, in the UK the word ‘menopause’ translates as ‘cycle end’. Doesn’t sound quite as inspiring, does it?

The impact of this variation in perception is significant. In Asian cultures women report fewer issues regarding their experience of the menopause. In western culture where women are judged differently, the menopause has historically been a shameful, hidden experience – a time where the sexual needs of older woman have been ignored or dismissed and hugely mis-understood. To discuss the menopause was taboo but to talk about sex and the menopause was unheard of outside of a doctor’s surgery. It is time for change.

Sexual wellness and the menopause

Fifty one per cent of women report that menopause symptoms have impacted on their sex lives – and this doesn’t include the more indirect effects of low self-esteem and mood changes. That’s a lot of women, and a lot of partners! Embracing the experience involves recognising that when a woman reaches peri-menopause or menopause she will experience mind and body changes, alongside which her sexual health needs adjust.

A good diet and exercise, hormone replacement and/or natural supplements are important at this time. Self-care is another key ingredient in managing the transition that the menopause brings and we know that sexual wellness is an essential part of self-care.

Vaginal dryness and dyspareunia can affect libido and a woman’s positive experience of sexual intimacy; what that means is that women and their partners might need to take a different approach to stimulation and lubrication, whether for solo or shared play, and sex toys can play a hugely positive role here.

At So Divine we are proud to say that we believe that the sexual revolution is not restricted to an age-bracket but that it can thrive for as long as a woman wants to be sexually active, whether with a partner(s) or solo. With that in mind, we have developed a range of sex toys, Embrace & Thrive, that’s specifically aimed at women who are experiencing menopause. For example, the intimate moisturiser is muco-adhesive and can help relieve vaginal atrophy and dryness for up to three days. The saying ‘use it or lose it’ applies to all the muscles in your body – including the pelvic floor. Kegel balls are a vital part of rebuilding strength in the pelvic floor, and there are three sizes for progressive training. This also applies to the five-piece dilator set that allows you to build up at a pace that suits you. Each dilator can also be used as a bullet vibrator as well as internally for vaginal arousal, which feels great and helps to encourage blood flow to the area promoting vaginal health. The classic vibrator has been ergonomically designed and tapered to target the clitoris and other erogenous zones, and is perfectly sized for those new to sex toys.

Yes, the menopause is time of transition, but we welcome that change because we celebrate female confidence and the dawn of this new era for women. We embrace female sexuality at every age and we believe if you play, you thrive. 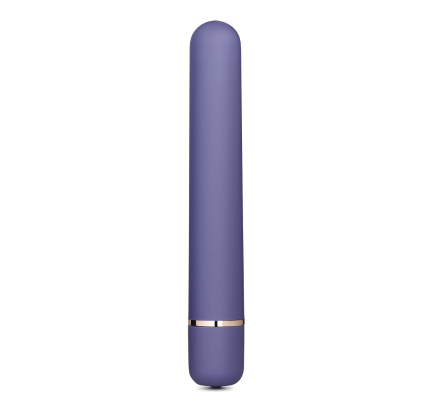 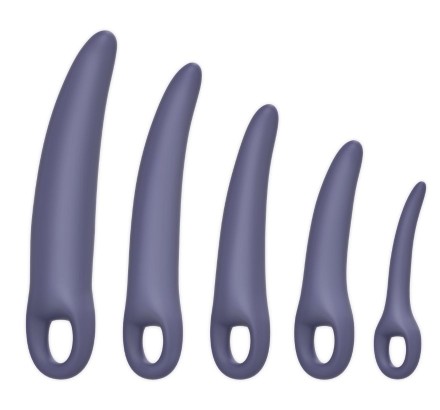